Additional copies of this manual or other Intel literature may be obtained from:

The information in this document is subject to change without notice.

Intel Corporation assumes no responsibility for the use of any circuitry other than circuitry embodied in an Intel product. No other circuit patent licenses are implied.

Intel software products are copyrighted by and shall remain the property of Intel Corporation. Use, duplication or disclosure is subject to restrictions stated in Intel's software license, or as defined in ASPR

No part of this document may be copied or reproduced in any form or by any means without the prior written consent of Intel Corporation.

The following are trademarks of Intel Corporation and may be used only to describe Intel products:

Multirnodule and the combination of ICE, iCS, iSBC, MCS, or RMX and a numerical suffix.

This manual describes and explains the features and conventions of Intel Disk Extended BASIC-80, as implemented on Intel Intellec microcomp~ter development systems using the Intel Systems Implementation Supervisor (ISIS-II), and on Intel

This manual is written for users who require concise, complete information about

Intel BASIC-80 characteristics, and organizes this information into seven chapters and five appendices;

"Introduction" describes the general capabilities of BASIC-80, and its operating environment.

"Entering and Editing Programs" shows how you enter text and edit it, at time of entry or after storage.

"Disk File Input/Output" describes and sh0ws how random and sequential data files are created and used.

"Commands and Statements" describes each command and statem~nt in alphabetic

The following manuals are required to use BASIC-80 with ISIS-Il or RMX-80:

ISIS-II User's Guide, 9800306, which describes how to operate the Intel

The following manuals may be required if you intend to call subroutines written in other Intel-supported languages:

PL/M-80 Programming Manual, 9S00268, which describes the instructions, conventions, and usage of PL/M-SO, and how to create PL/M-80 programs.

ISIS-II PL/M-80 Compiler Operator's Manual, 9800300, which describes how to use the ISIS-II based PL/M compiler to generate executable machine code.

FORTRAN-80 Programming Manual, 9800481, which describes the instructions, conventions, and usage of FORTRAN-80, and how to create 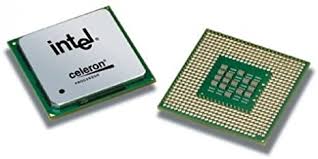